Drop a quick note to us if you have any questions.

Select right incorporation package for you 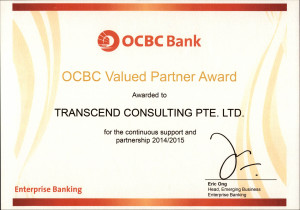 Strike off your company from ACRA registers

What is Company Strike off

A business once established may not work to the expectations of the promoter. It may not achieve its targets of sales, profit and hence may prove unviable for the entrepreneur to continue.

The company which is not really operative, is best put to sleep. This process is called as Strike off. Company if in spite of its dormant status remains active then the directors will need to carry out all routine compliance like conducting AGM, preparing accounts, filing IRAS and so on.

For a dormant company there is always a danger that the directors may forget about these activities and this noncompliance may attract heavy fine from ACRA or even a warrant of arrest.

Non-compliant small entities, has become one of the key issue in recent times. it’s easy to incorporate a company. But then if business doesn’t takes off then it’s also easy to ignore the company. Today over 260000 companies are live in Singapore and a sizable proportion of these companies is inactive. Majority of these inactive companies are in noncompliant status and hence ACRA is taking strict view on such non-compliant companies. Two key changes will happen with this ACRA Amendment bill.

Ignoring an inactive company is not a good idea. You still need to complete its annual return and also submit accounts and P&L details to IRAS. For late filing of annual return ACRA can fine you anywhere from 50 SGD to 700 SGD per year. Consistently ignoring compliance matters may result in court summon being issued in your name. Striking off the company is generally the best option in such cases.

Strike off vs Liquidation

A company can be striked off only if it is solvent. Meaning on the date of application for strike off it does not have any external payables or the payables can be easily paid out of the assets of the company.
If the company is not solvent, meaning if its debts cannot be paid out of its assets then it cannot opt for strike off. Instead it must go for liquidation.

In case of liquidation a liquidator is appointed by the court to oversee the closure of the company process, who then works out the distribution of assets and its proceeds to the creditors.

The company must not have any outstanding tax liabilities with IRAS

The company must not be indebted to any other government agency like IRAS, CPF board, licensing authorities

The company must not have any current/contingent assets and liabilities

If the company is dormant then, No business transaction since incorporation or since last submission of accounts

Steps involved in the strike off process

What happens after strike off application is lodged

Once the application for strike off is approved, ACRA will send a striking off notice to the company’s registered office address, Directors, secretary and IRAS.

After a 1 month period, if no objection is received, ACRA will publish the name of the company in the Government Gazette. This is known as the First Gazette Notification.

Thus the entire process will take at least 5 months.

Some frequently asked questions on Strike off

We are with some other secretarial firm. They provide us secretary and address service. Can you still help strike off our company?

Yes. We can still help you to strike off your company. However the strike off notice will still be sent to the secretary and the company’s registered address. If you have an agreement with them to avail their secretary services only then they can potentially object for using other company for strike off. So you will need to settle this matter with them before you proceed for strike off.

We are a foreign promoters of a Singapore entity and we avail nominee Director from one of the secretarial firm. Can you help us strike off in this case?

We can help you to strike off. However Nominee Director will also need to sign some declarations. So you need to check with your existing secretarial firm if their nominee Director can sign such form if strike off process is managed by somebody else.

We are a foreign promoters of a Singapore entity and we avail nominee Director from one of the secretarial firm. Can we changeover to your firm for nominee Director and address service and then proceed for strike off?
Unfortunately we don’t as of now provide any services for Nominee Director + strike off.
My accounting volume is very low. Only few transactions were passed after the company was incorporated. Can I in that case claim company to be dormant?
No. Even if Single accounting transaction / bank transaction is passed then you have to prepare accounts and present it for strike off. Falsely claiming that your company was dormant will mean a false-statement by directors which is a serious offense under companies act. According to companies act such a person shall be guilty of an offence and shall be liable on conviction to a fine upto $10,000 or to imprisonment for a term not exceeding 2 years
Back to Top

We use cookies to improve and customise your browsing experience. You are deemed to have consented to our cookie policy as you continue browsing our site.